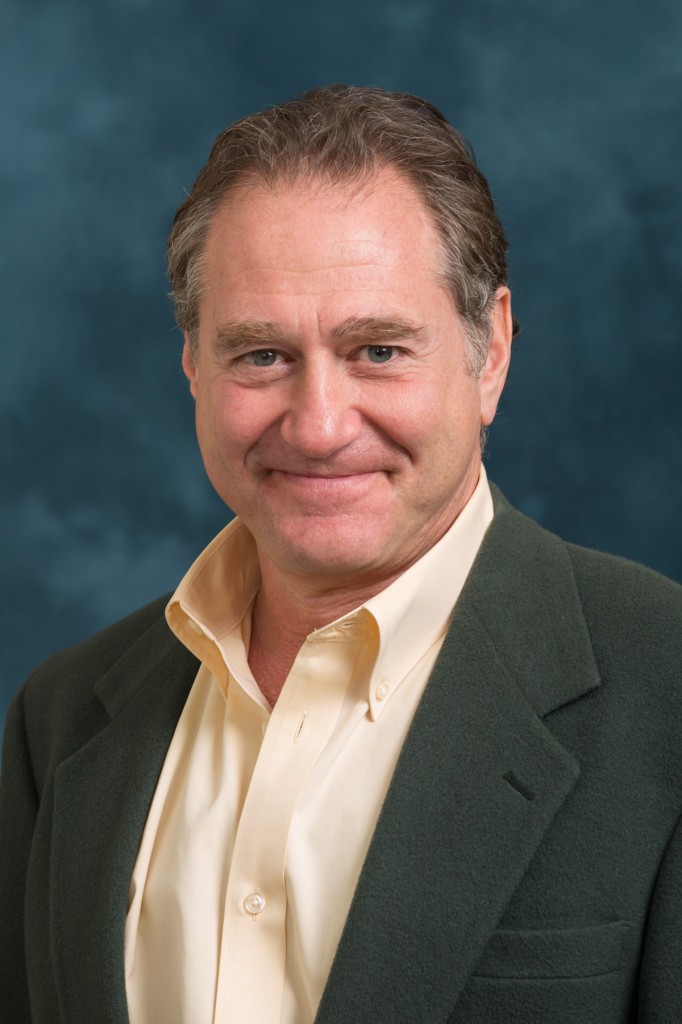 Dr. Morrel-Samuels received an MA in research methodology from the University of Chicago, an M. Phil. and a Ph.D. in experimental social psychology from Columbia University, and a Master of Science in Law from Northwestern University’s Pritzker School of Law. His work occupies the intersection of three areas: the psychometrics of assessment design, statistical analysis of “big data” analytics, and discrimination in the workplace. He has more than 30 years’ experience designing and analyzing assessments for employees in government and large corporations. He often serves as a Lecturer at the University of Michigan, teaching graduate classes on assessment design, statistics, and research methodology.

Other previous academic appointments include faculty positions at Columbia and the University of Michigan Business School. In addition, he has held research positions at IBM, HP, the University of Chicago, and Yale.  His published articles have appeared in The Journal of Experimental Psychology, Behavioral Research Methods, Proceedings of the National Academy of Sciences, The Journal of Personality & Social Psychology, California Management Review, Physician Executive, and, Harvard Business Review, among others; (his first HBR article was on the design of assessments in the workplace, and his second was on web-based surveys.)  Practical experience includes assessment services for non-profit organizations, (e.g., Blue Cross-Blue Shield), government agencies (e.g., the Department of Justice), and numerous Fortune 500 companies (e.g., FedEx, GM, California Edison, Bank of America, Xerox, Sprint, Coca-Cola, Sears, and Disney).  He is the author of four patented employee assessments, and has been an expert resource for the New York Times, Detroit News, and the Wall Street Journal.

Dr. Morrel-Samuels has testified to Congress on employee motivation and its linkage to objective performance metrics; he has also served as an expert witness for both plaintiffs and defendants by providing statistical analysis of very large datasets in four types of lawsuits: employment discrimination cases; contract disputes, pension lawsuits, and litigation pertaining to decision making based on surveys, assessments, or employee evaluations He assisted the NAACP in its amicus brief for the Ricci discrimination case in New Haven, was the sole statistician in a successful $64M breach of contract case (Tower Automotive v. UNOVA) that required analyzing 4 million rows of data, testified as an expert witness at the ICC’s International Court of Arbitration in The Hague, provided detailed statistical analysis in a large pension lawsuit involving the Miami Police Department, successfully withstood all nine Daubert challenges filed against him in Federal Court, and recently served as the EEOC’s expert witness in one of its landmark discrimination cases.

In addition to his teaching responsibilities at the University of Michigan he is also CEO of EMPA (SurveysForBusiness.com), a company that has designed and analyzed assessments for more than 7 million employees in over 70 countries.

Most of Dr. Morrel-Samuels’s work as an expert witness resides at the intersection of the five interrelated topics described below.

1) Psychometric Analysis of Workplace Assessments and Tests
Dr. Morrel-Samuels has been designing and evaluating workplace assessments for more than 30 years, and has published several articles in Harvard Business Review on the design of surveys and assessments for the workplace. His first HBR article, entitled, “Getting the Truth into Workplace Surveys”, appeared in February 2002 and has been widely cited. The article examines the merits of using surveys in the workplace, and discusses 16 guidelines for improving their reliability, validity, and business utility. The article contains both theoretical and practical components; it describes (for example) the specific survey design features that Dr. Morrel-Samuels implemented recently to improve an executive assessment at Duke Energy – the company whose landmark loss at the Supreme Court in Griggs v. Duke Power Co. 401 U.S. 424 (1971) clarified the legal standards for workplace assessments throughout the nation.  He also has written on Web-based surveys in the workplace in his paper “Web Surveys’ Hidden Hazards”.

2) Statistical Analysis of “Big Data” Analytics in the Workplace
In the mid 1990’s, Dr. Morrel-Samuels was asked to conduct a research study for the US Department of Justice. As part of that work he developed a method for measuring the accuracy of the Ingratiation and Customs Enforcement (ICE) inspections that travelers undergo as they seek to enter the United States. Dr. Morrel-Samuels’s system measured the accuracy of immigration inspections by taking a small random sample of the travelers who had been approved for entry after a conventional ICE inspection, and submitting those selected travelers to a second inspection. The results allowed the Department of Justice to measure the accuracy of the 500 million passport inspections that ICE conducts each year at the nation’s ports of entry. In June of 1998, Dr. Morrel-Samuels testified to Congress on the results of the study. To the distress of many in the audience, the research showed that approximately 4.2 million illegal immigrants enter the country each year by passing a conventional Department of Homeland Security ICE inspection at a port of entry. An important offshoot of the research was its development of a research technique for collecting objective and accurate measures of employee performance in using big-data analytics where thousands of employees and millions of customers are involved. He has also written peer-reviewed research using big data analytics to evaluate the impact of employee education programs on corporate performance. For more information see “Measuring Illegal Immigration at US Border Stations by Sampling from a Flow of 500 Million Travelers”, and “Merged Data Sets: An Analytic Tool…”  2009 California Management Review.

3) Computer Interfaces, Software Patents & Business Process Patents
One of Dr. Morrel-Samuels’s earliest publications appeared in the International Journal of Man Machine Studies in 1987 during his time as a researcher for IBM. The results of his study provided the proof of concept for gesture-driven interfaces. His more recent work on interface design has led to a patented interface for collecting bias-free survey data over the web. A brief description of the work can be found in his 2003 Harvard Business Review article “Web Surveys’ Hidden Hazards.” He has written 4 software and business process patents for HP, Xerox, and EMPA: Leadership Assessment Tool and Method, Patent #5795155; Method and System for Measuring Leadership Effectiveness, Patent #6007340; System for Measuring Leadership Effectiveness, Patent #5743742; and Employee Assessment Tool, Patent #7593861. After inventing and writing the applications for these software and business process patents Dr. Morrel-Samuels enrolled at Northwestern Law School (aka Pritzker Law School) where he received his MSc. in Law in 2017. His curriculum included basic and advanced classes in IP, trade secrets, and patents – courses that rounded out his real-life experience, and put him in a good position to serve as an expert witness on software patents, business process patents, and the protection of computer-based trade secrets.

4) Analyzing Evidence of Disparate Impact & Disparate Treatment in a Workplace
Dr. Morrel-Samuels, in conjunction with Ed Goldman (the lead attorney for the University of Michigan Health System) has written a guide for plaintiffs and defendants on using statistics to evaluate evidence of Disparate Impact /Adverse Impact and Disparate Treatment in the workplace. See “Who, What, and Where: Guidelines for the Statistical Analysis of Disparate Impact in EEO Litigation.” He has also written on Affirmative Action and some of its complexities (Distinguishing Reverse Discrimination from Overcorrection: Statistical Methods for Clarifying this Neglected Distinction and Why It Matters), which was presented at the annual meeting of the American Psychological Association.  He has more than a decade’s experience as an expert witness in disparate impact cases, and (unlike most psychologists) is knowledgeable about both the relevant case law and published research in the behavioral sciences. For more information see the paper on Using Statistical Evidence to Prove Causality to Non-statisticians.

5) Using Scientific Methods to Measure Commonality & Typicality in Class Cert Dr. Morrel-Samuels has pioneered a new method for quantifying commonality and typicality in motions for class certification. By applying proven methodology from the behavioral sciences, he uses a double-blind process to convert large bodies of unstructured text — e.g., combining written content from personnel files, depositions, reports, surveys, and performance appraisals — into a scientifically valid and reliable classification system that can prove, or disprove, claims of commonality. Typicality is measured using a similar double-blind process that combines quantitative metrics into a unified database where statistically significant differences can be used to prove, or disprove, claims that a class representative is typical. Both methods have successfully withstood a Daubert challenge in an important discrimination case against the largest school district in Iowa. And peer-reviewed papers describing his methodology have been presented to the American Psychology-Law Society. For example, see the 2019 paper entitled Psychologists Can Provide Critical Empirical Assistance to Judges Evaluating Class Certification.

Consistent with FRE 702, Dr. Morrel-Samuels’s ability to withstand Daubert challenges is based on his education, training, skills, knowledge, and practical experience. His analytic approach stresses objectivity, neutrality, and methodological rigor, while maintaining reliance on reliable principles and methods. Roughly half of his work has been for plaintiffs and half for defendants. General topics include psychometric analysis of a test’s validity, reliability, fairness, accuracy, confidentiality, freedom from response bias, and conformance to The Uniform Guidelines on Employee Selection Procedures. Specific topics include: